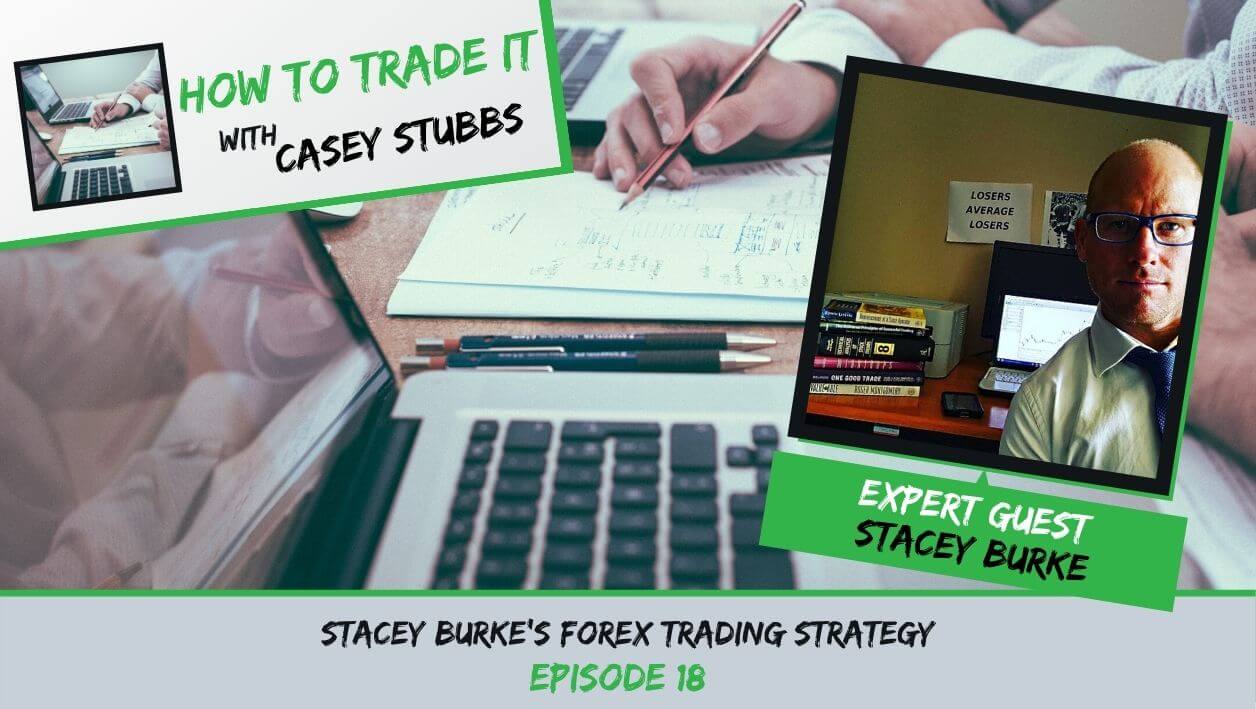 Stacey Burke grew up in a business-oriented family. He was always interested in the market but didn’t know anything about trading. When he went to University, he started on a degree in economics but switched to political science with the intent of going to law school. He came from a sporting background and was always fascinated by human performance, sports psychology, and anatomy and physiology. So towards the end of his undergrad, instead of moving on to law school, he decided to become a Chiropractor.

Stacey then moved to Perth, Australia in 1998 to practice as a chiropractor. It was there that he attended a workshop on futures trading and walked out convinced that trading was his calling. Since he started trading, he admits he’s done everything wrong and learned the hard way. Through learning from different people and rectifying his self-sabotaging behaviors he pieced things together and found his current niche in Forex trading. Listen to hear his fascinating journey!

Listen to this episode of How To Trade It to hear @drstaceyburke Forex trading journey and strategy. #stocks #trading #StockMarket #Investing #DayTrading #StockPicks #Forex Click To Tweet

While Stacey started his trading career in futures, around 2003 he made a shift. A friend of his was telling him about his Forex trading strategy, and said: “This is the future.” Forex trading is 24 hours a day, you can trade small lots, and there are no limits. It started Stacey on a 10-year journey. He attended a workshop and learned more about Forex. With Forex, you could trade the news, trade the payrolls, and it was more predictable. Using forex trading indicators can help remove some of the “guesswork.”

“Any market always reflects the behavior of the traders that trade it.”

Stacey feels that the personality of trading currency meshes the best with his personality. It’s predictable in terms of timing, the number levels, patterns, hourly rotation, and 3-hour cycles. Forex is predictable in the sense that the behavior shows up over and over. His job is to identify the best setups and he’s aware of what he needs to do to be consistent in the Forex market.

Every market has large players in it. Stacey points out that when we trade, the movement on the screen itself is not you or I moving that price action—it’s market makers. Market makers consolidate the market. Instead of highs and lows, they’ll enter into positions and move the market long or short. They’ll head to one of those extremes near the beginning or end of the session. They build up volume on the inside and at some point go on a stop hunt. It’s basically a game of Pac-Man. They go around the board, gobble up all the stops, and then they move the market in the direction of the trend that they want to move it. Stacey points out that the key is to be on the outside when they make their move, then jump on their backs.

How do #Forex market makers influence the #market? Listen to this episode of How To Trade It with @drstaceyburke to find out! #stocks #trading #StockMarket #Investing #DayTrading #StockPicks Click To Tweet

Why Stacey says to find a “cookie-cutter” approach

Stacey’s focus came down to: “How can I trade this each day with a cookie-cutter approach in terms of my behavior, my approach to the markets, deconstructing it backward from the reality of what happens when you’re at the screen. How can I recognize these trades instead of chasing the moves?”He points out that you start to recognize that you shouldn’t try to trade every move. It’s about identifying setups that happen frequently that are simple, based on time, that have trapped volume and will move the market quickly.

So instead of trying to trade with different systems, focus on one system. Stacey works from the highs and the lows. “I try to do it at specific times based on the behavior that they demonstrate. And I would rather trade that even once a month at 10 times the size than trying to trade every single move and getting 50/50.” Stacey shares that he dealt with a long learning curve because of his original approach. Keep listening to learn more about the lessons Stacey learned through his Forex trading journey!

Stacey reminds us to think about trading as a business. You have to wear all of the hats—you’re the performance coach, you’re the business manager, and you’re the trader. You have to know yourself well before you can take on a full-time business. Stacey traded for 15 years while working as a chiropractor, got really consistent, did really well, and then wiped it out in 3-4 bad trades.He shares, “You hit this point where you either have to stop, or you have to fix the problems.”

If you’re going to become a full-time Forex trader, you need to have built-in mechanisms to protect yourself from doing damage. There are opportunities in the market every single day. Stacey admits that if he removed 10 bad trades from his history, it would remove 90% of the damage that he did. You also have to have a reasonable expectation of what you’re able to produce. Be brutally honest with yourself about what you can do. When he went full time, there was still a 12 month period where he made mistakes.

You have to recognize that the tactical side of trading is one side of the coin, but the self-awareness side is the whole other performance side. You have to be prepared and be aware of your own behavior while you’re at the screen. Stacey points out that currency does the same things over and over again. It doesn’t crash. It’s not going to disappear or go down. It’s predictable.

“The real challenge for most people is that they don’t truly work on the things they need to change in order for them to become consistent.” If traders were told to make one kind of trade and ONLY did that trade, they’d probably make a lot of money.

How does Stacey deal with trading slumps? What is his rule of thumb for day to day trading? How do you avoid impulsive trades? Listen to the whole episode for Stacey’s insight and take on Forex trading and the mindsets that you must embrace.

Personal awareness is key to becoming a full-time #Forex trader. How? Listen to this episode of How To Trade It to find out! #stocks #StockMarket #Investing #DayTrading #StockPicks #Market Click To Tweet