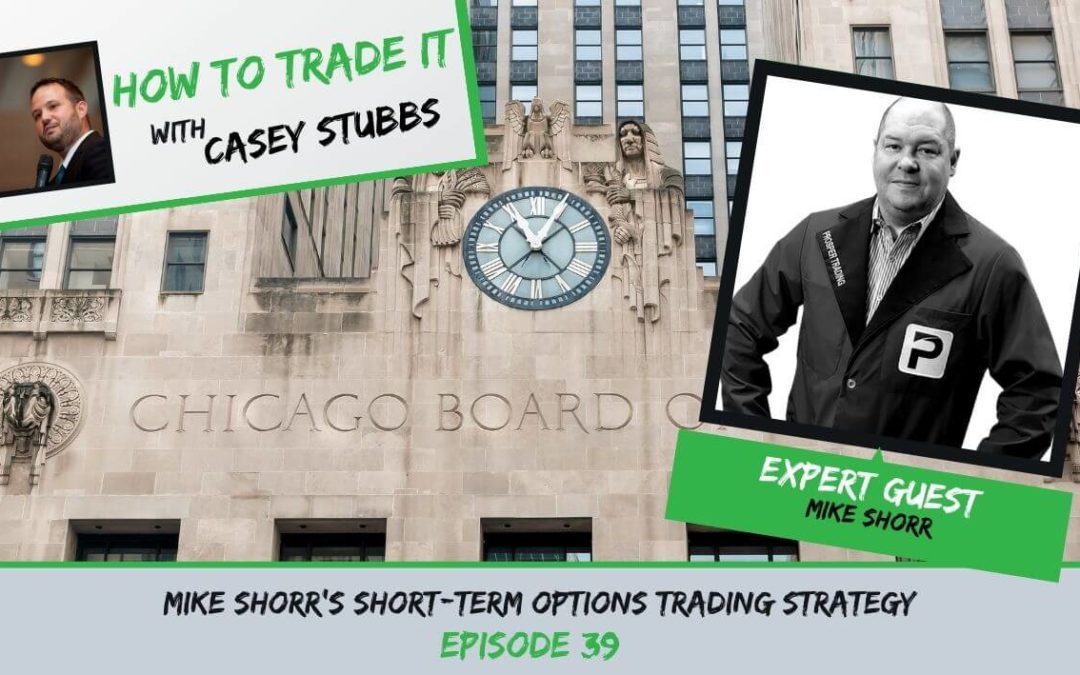 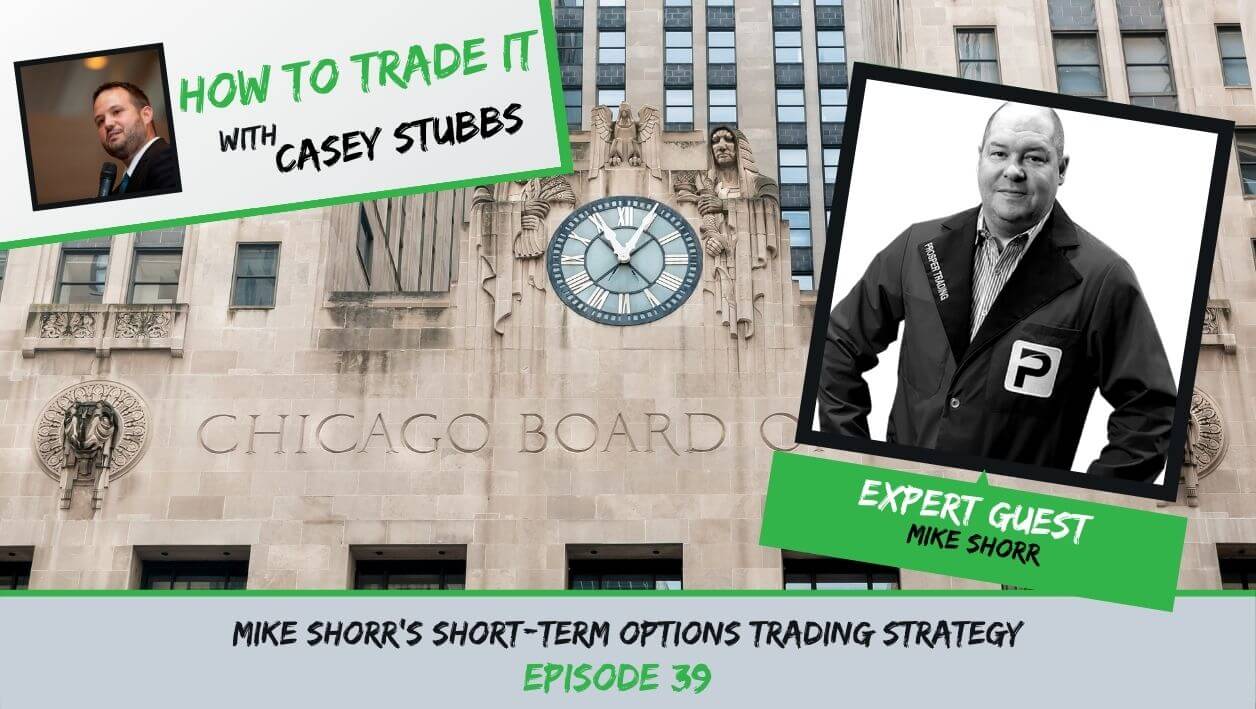 Mike Shorr got a job as a clerk and within six months became a junior trader. He was at the Board of Trades in the treasury 10-year pit. He went out on his own, and after two years with a partner, they were acquired by a start-up. He ran that group from 1999–2002 in Minnesota. When implied volatility was cut by two-thirds, nothing was moving, so he switched from bonds to grains.

As screen-trading became more prevalent, Mike knew he didn’t want to stand in the trading pit anymore, but he didn’t want to be done. He saw how profitable the options market could be and sought to develop a long-term options trading strategy. So he came off the trading floor and started working with Prosper in 2013. How does Mike find success with short-term options trading? What does he believe is important for new traders to master? Find out in this episode of How To Trade It!

@mikeshorrcbot shares his short-term options trading strategy in this episode of How To Trade It. Don’t miss it! #stocks #stock #trading #StockMarket #Investing #DayTrading #StockPicks #OptionsTrading #Options Click To Tweet

How do President Trump’s tweets impact the market?

In early October, Trump sent out a tweet about stopping negotiations on another stimulus check and the market tanked. Before that, the market was taking a slow grind up. Suddenly everything he wanted to buy was available. The first thing that came to Mike’s mind was “What did Trump do on Twitter?” Now Mike sets an alert to get notified if Trump tweets. Why? It’s because his tweets are never planned. They aren’t filtered at all.

He notes that you have to make a split-second risk-assessment: How real is it? Is he about to take it back? Is the market going to discount it? How long will it take? Mike believes it can be an opportunity—but more often it’s something to watch out for. He calls President Trump’s tweets the “Twitter piano”. It’s like you’re walking down the street and get hit on the head with a piano. You never see it coming.

Mike runs short-term options and does some swing-trading. 85% of his trades are day trades. He’s in and out anywhere from 10–45 minutes. Luckily, he didn’t have anything on at that point because it was lunchtime (Mike points out that from 11–1 Chicago time most people are at lunch. Anyone that “matters in the world” isn’t trading—so you shouldn’t either).

Mike thought the tweet was bull, so he started looking for a place to dip in. What things were over-extended to the downside? When that happens, he watches the overall market and waits for it to bottom out. Because Mike made the right call, it created a big opportunity for him.

If he had made the wrong call, it would’ve been par for the course. His entry point always has a close and defined level. If it doesn’t hold that, he gets out really quick. He has no problem being wrong. But if he hadn’t managed it correctly, he would’ve been very wrong.

A lot of new traders expect that experienced traders know more. Experience is helpful, but no one can 100% read the market. It all comes down to risk management. If you can’t manage risk, you will blow out.

How did one of Trump’s tweets impact @mikeshorrcbot short-term options trade? Find out in this episode of How To Trade It! #stocks #stock #trading #StockMarket #Investing #DayTrading #StockPicks #OptionsTrading #Options Click To Tweet

How to manage risk when buying a call

Mike points out that trading short-term options isn’t like futures trading where you can define your risk with ticks or dollars. You have to remember that you’re dealing with a 2–5% spread. If he’s leaning on a support or resistance level, that will be his out. So if he buys at $102 and $99 is his support, if it hits $98 he gets out no matter what it costs. It’s his line in the sand.

You have to be self-accountable. There are bad trades that make money and good trades that lose money. The important thing is to look at why you lost money. Were you playing by the rules? If you’re going to make bad trades, it will catch up with you.

He will have students that don’t buy themselves out. They hold on when the trade bottoms out at $0.65 and watch it level out at $1—so they didn’t lose anything. But they took a 35% risk to make nothing.

How many stocks does Mike watch? What is his minimum price-point? Is he looking for something liquid or something with volume? Listen to find out!

Can you get large percentage gains on options trades?

Mike’s target is 27%, but he usually lands shorter. Why? He uses a trailing stop. His average winner is about 15% and his average loser is 8–9%. So he can still make money with a 35% winning percentage. You can pull your offer and run a tighter trailing stop. If you see resistance or you’re getting closer to your target and it’s strengthening, change the trailing stop and let it run. He can point to his performance and say what he did. What’s more important is that his students are making money. It helps to have someone bounce ideas off of. What are you doing wrong? Is it just a bad market? Or are you making mistakes?

What training does Mike offer? How do you get a FREE pass to Mike’s trading room? Learn more in this episode!

Can you get large percentage gains on #options trades? @mikeshorrcbot shares his short-term #OptionsTrading strategy in this episode of How To Trade It. Don’t miss it! #stocks #stock #trading #StockMarket #Investing #DayTrading #StockPicks… Click To Tweet