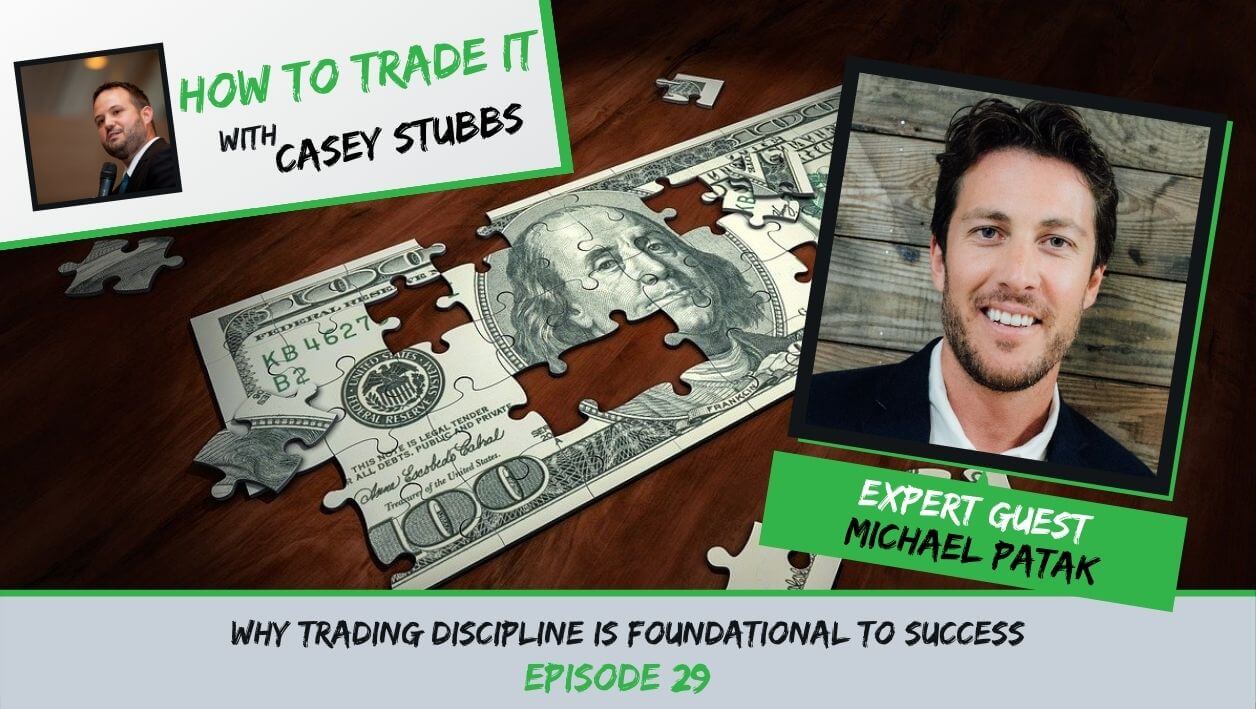 The failure rate of people who dive right into the trading market is fairly high. Why? Because new traders don’t have the discipline or resources necessary to succeed. New traders need a safe place to hone their skills and craft their strategies. Michael Patak’s mission is to provide a safe experience so traders can professionalize their passion. In this episode of How To Trade It, we talk about Michael’s journey and what he believed solidified his career in trading. We also talk about his firm—TopstepTrader—and how they’re helping new traders develop trading discipline.

WHY is trading discipline foundational to your success? @MichaelPatak shares his thoughts in this episode of How To Trade It! #stocks #stock #trading #StockMarket #Investing #DayTrading #StockPicks Click To Tweet

Michael saw the movie Trading Places when he was 16, and questioned: How did they lose that much money? His Uncle—who worked for Merrill Lynch—told him that you can make and lose as much money you can possibly fathom. Michael decided to turn his attention in a more optimistic. He chose to focus on the “making money” part of his uncle’s statement.

So he put money into a trading account and quickly lost $30,000. Then he lost another $30,000. By the age of 24, he had lost $90,000 trading. He had to sell his company to cover his losses. It was his baptism by fire. He was trading stocks without stop-loss orders and got crushed.

It’s where he learned that you HAVE to have money risk management as a foundational piece of your trading game.

Michael knew he had a passion for trading and wanted to keep going, but he didn’t want to trade his own money. He wanted to take a step back and get help developing trading discipline. So he moved to Chicago and got a job at a prop firm. To trade with their funds, you had to start on a simulator. He had to prove he could control and manage his downside and average $300 a day for 2 weeks. Then, when he started trading, he’d get a 60/40 split.

So he honed and developed his skills and started setting a daily loss limit. He emphasizes that everyone wants to trade big, but if you can’t trade small—you can’t trade big. His daily loss-limit was $300. If he hit his loss limit, they’d lock you out and you could either go home or stay and paper-trade. It took him 3 months to show a 2-week average without hitting his loss limit. Learn how to trade without loss.

Michael learned that you instill discipline when you place a loss limit on yourself. He doesn’t believe he would’ve been successful without that experience. He had to humble himself and curb his ego. Michael eventually transitioned to his own trading account in the Dow Futures pit, where he consistently made $250,000–$450,000 a year.

The prop firm that changed @MichaelPatak life did ONE thing that he believes set him up for success. Find out what it is in this episode of How To Trade It! #stocks #stock #trading #StockMarket #Investing #DayTrading #StockPicks Click To Tweet

Why Michael decided to teach + trade

Michael points out that trading is like the NFL. You have to be completely focused all the time. But you’ll hit a point where you take a hard hit and realize, “I have no way to make money outside of this.” He could continue trading for the rest of his life, or he could trade AND he could inspire, educate, and build a platform that he had the experience of working on. So he thought, “Why not create a trading firm that has people take the same route I did?” He decided that combining trading and education was the best of all worlds.

Michael firmly believes that “You have to have a foundation of discipline. You have to have a foundation of proper risk-management and account management.” It may be boring, but it’s necessary. So at TopStepTrader, they give you a simulated account. They evaluate guide you along your way and as long as you’re following the rules, you advance to a funded account. You get to keep 80% and the house gets 20%.

If you bury the account, you get kicked out of the account and go back to their trading combine where you have to earn your way back into a funded account. It’s similar to sports, where there’s a major league and a minor league. Player development works on you and helps you get better.

It’s a monthly subscription starting at $150 a month. You can trade any of the major futures contracts. When you go live, the monthly fee stops and you pay out of your profits. You keep 100% of the first $5,000 and it’s 80/20 from there on out. They’ve funded over 3,000 traders alone this year. While you do split some of the profit, you can make whatever you want based on the effort you put in.

Michael is all about teaching foundational discipline, not telling you how to trade. Learn more about his unique approach by listening to the whole episode! Trading Strategy Guides finds the foundation very important, check out this complete foundation trading course.

@MichaelPatak talks about his firm in this episode of How To Trade It! #stocks #stock #trading #StockMarket #Investing #DayTrading #StockPicks Click To Tweet