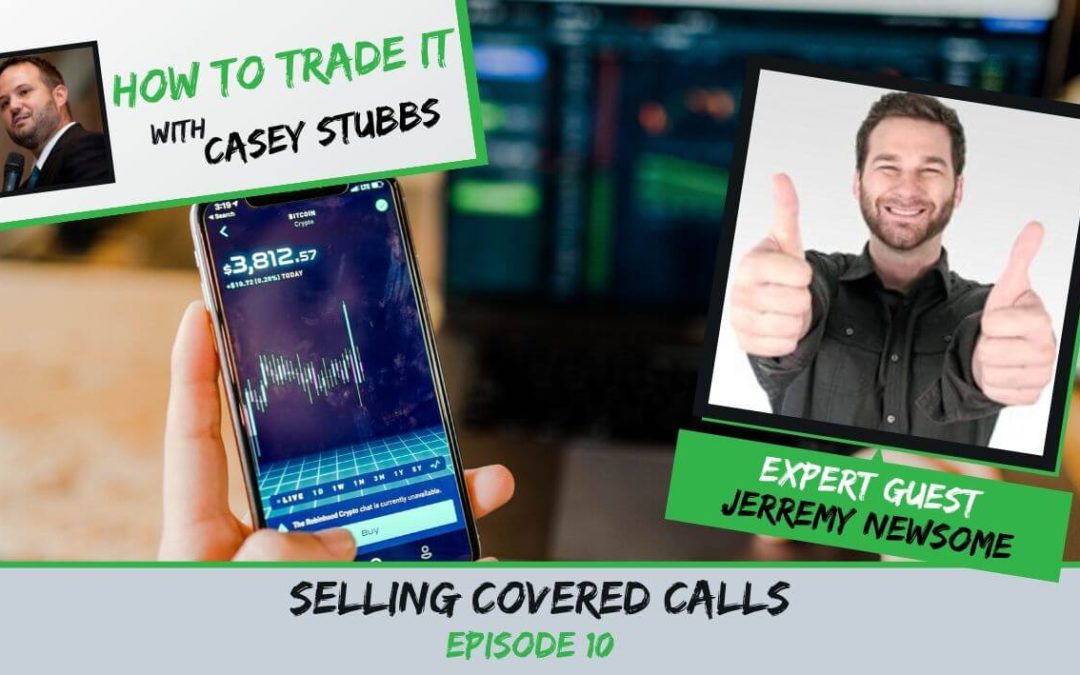 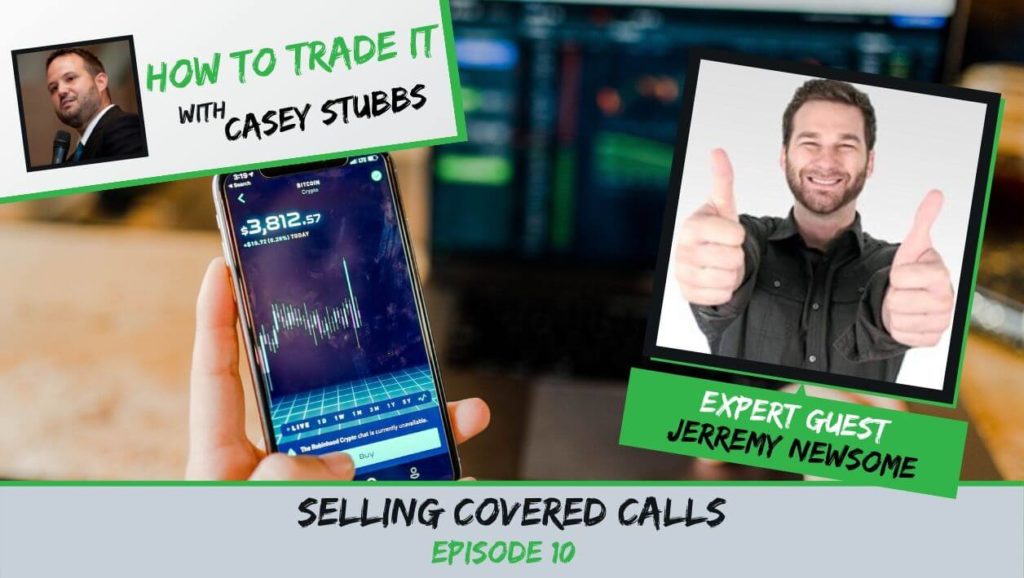 Jerremy Newsome has a unique full-circle trading strategy that involves selling covered calls—and also selling puts on stocks that he’d want to buy. In this episode of How To Trade It, Jerremy shares how he became interested in trading, takes a deep-dive into selling covered calls, and talks about his other trading strategies. Don’t miss this one!

After watching Forrest Gump, Jerremy invested in his first stock at the young age of six. He spent the summer selling blackberries door-to-door so he could purchase $1,500 worth of shares in Apple. Four years later he made $12,000 on that purchase—and he’s been hooked ever since. Now Jerremy runs Real Life Trading to share his passion for trading with others.

Learn how @newsomenuggets sells covered calls in this episode of the How To Trade It podcast! #stocks #trading #StockMarket #Investing #DayTrading #StockPicks #CoveredCalls Click To Tweet

Jerremy originally went to college to get a finance degree, but realized NONE of his classes taught about the stock market—so he switched to business management. He worked at Nationwide Insurance from 18-24. During that time, he found out that his boss did stock market trading. His boss taught him a lot about the market.

So he opened a self-directed 401k and bought shares in the first silver stock that appeared in a Google search: “Which silver stock to buy?” One month later, he made $3,000 on his investment. It was a light-bulb moment. Jerremy states, “No one told me that I could make money—more money—in the stock market than at work.”

Money is the tool of the trade

You CAN make money trading. Those who say you can’t likely don’t know what they’re doing. It’s just like a sport—if you play basketball you have to put in time and energy running drills and practicing day-in and day-out. Professional athletes treat it as a serious endeavor and they make money. You have to treat trading the same way.

Jerremy recently posted on LinkedIn: “Remember, money is a tool.” Becoming a successful trader relies on mastering the technical side—but also mastering your mindset. Everyone has different ingrained beliefs about money, likely drilled into them since childhood. Many people don’t make money in the stock market because they feel like they’re giving in to greed.

The markets are controlled by fear and optimism—not greed. You can simply use money to amplify who you are. But you must first change your mindset, beliefs, and thought patterns surrounding money and remember that it’s just a tool.

Money is the tool of the trade. Are your beliefs surrounding money helping you or hurting you? @newsomenuggets talks trading strategy and mindset in this episode of How To Trade It! Check it out! #stocks #trading #StockMarket #Investing… Click To Tweet

Jerremy’s primary strategy is selling covered calls. A Covered Call Strategy is simply buying shares in a company, and then selling options on that same stock to generate income, aka a premium. Jerremy buys stocks that he interacts with daily that are typically large-cap highly trusted companies (Apple, Facebook, Twitter, A&D, Micron, etc.).

Jerremy also dabbles in day trading, describing his strategy as “hellaciously boring”. He’ll look for a big-name company, wait for it to gap above previous highs or previous lows, and will look at a 3-minute chart and look for a high-wave candle. Jerremy shares a specific example when buying/selling Boeing stock—be sure to listen! You may also be interested in this complete guide to candlestick trading.

A deep-dive into selling covered calls

Let’s say you buy 100 shares of the stock you’re eying and sell a covered call. To get “called away” means the stock rises to the strike price set and you sell it. Or, the stock price lowers and the call expires. The covered call premium is yours regardless. Jerremy correlates it to rent money—you rent out your stocks and buy insurance on them like you can with a house.

The only way you lose money on selling covered calls is if you buy a stock that never goes higher. Jerremy shares the example of Norwegian Cruise Lines. For example, say you bought in at $40—then the Coronavirus pandemic hit—and now the stock is at $14. The stock has to perform for this to work.

So how do you protect yourself? Is selling covered calls a safe strategy to adopt? Listen to the whole episode to find out! Jerremy also shares where you can get some FREE trading resources.

In this episode of How To Trade It, special guest @newsomenuggets takes a deep-dive into selling covered calls. Don’t miss this one! #stocks #trading #StockMarket #Investing #DayTrading #StockPicks #CoveredCalls Click To Tweet