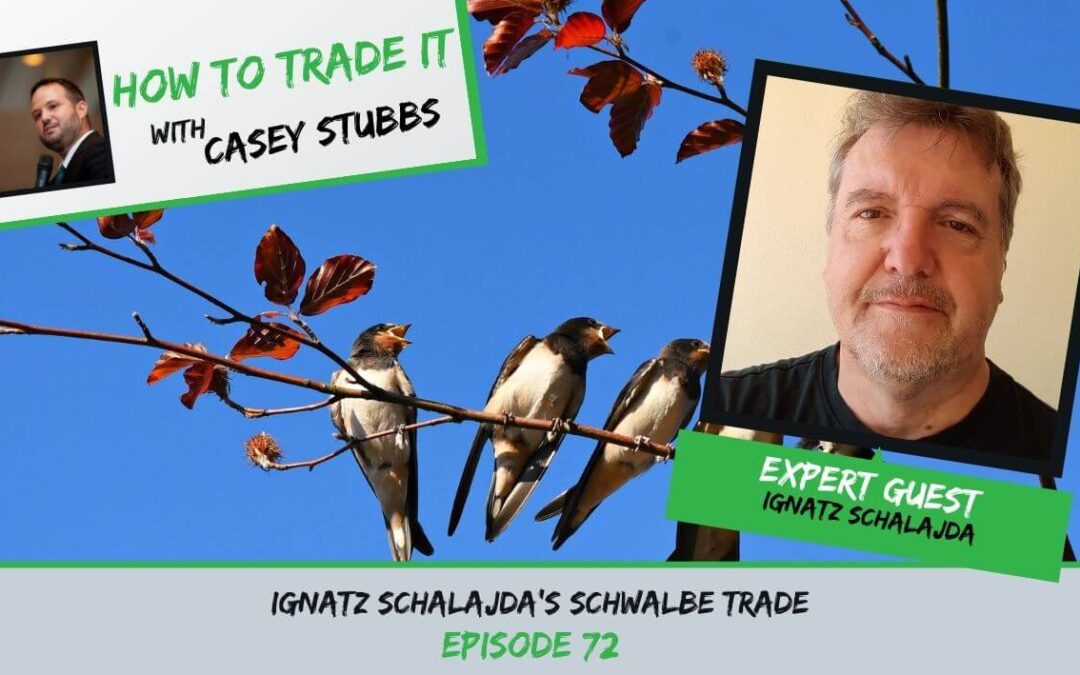 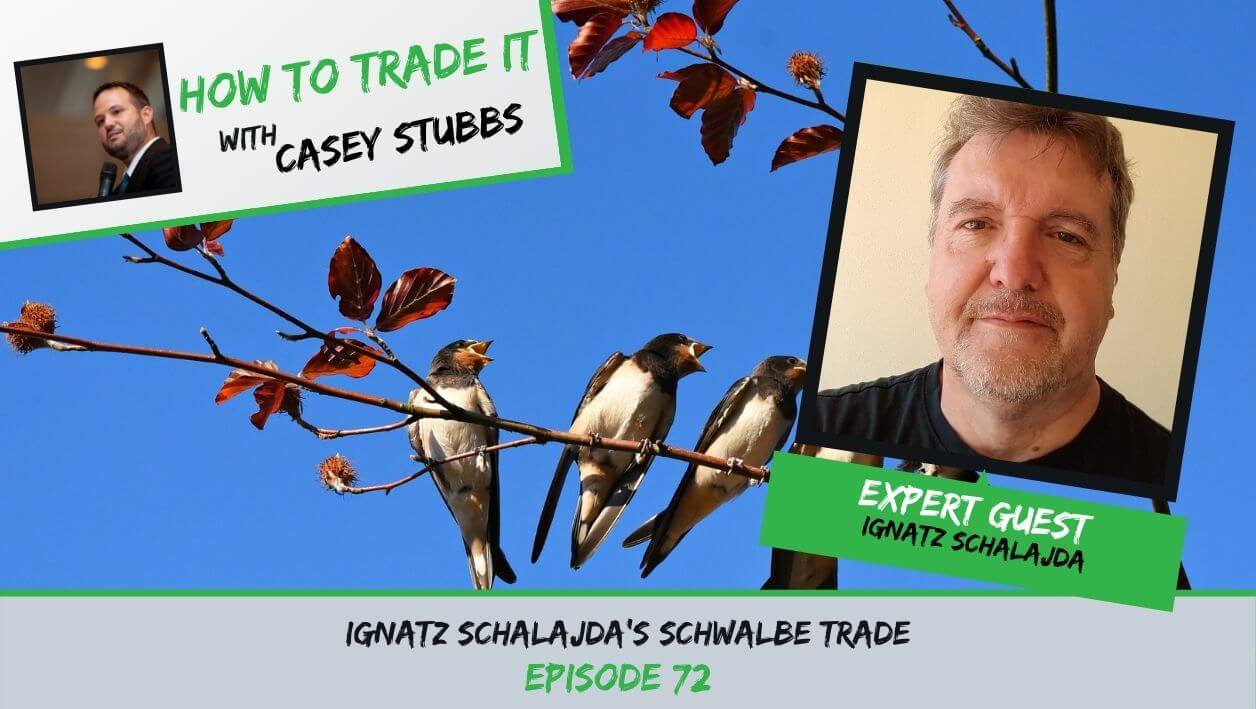 In this episode of How To Trade It, Ignatz Schalajda’s shares his Schwalbe Trade options trading strategy. Check it out! #stocks #stock #trading #StockMarket #Investing #DayTrading #StockPicks #options #schwalbe Click To Tweet

What led Igi to create the Schwalbe system?

Igi started trading stocks in Germany and joked that he was part of the big community of 90% losers. He read a lot of books (30–40) and developed some ideas. But he needed a professional software to put his ideas into play. He programmed his initial trading system on the German Investox Software for the Schwalbe. However, he can’t trade options on it so he does that manually.

Igi read books about Forex trading, programming skills, etc. but no certain book led him to create his system. Instead, his ideas stemmed from conversations with other traders and online clinics. He found trades that he didn’t like which is why he developed his Schwalbe for options trading.

The name for Igi’s system comes from a German saying that says, “One swallow doesn’t make a summer. If you see more, the probability of summer is much higher.” Igi developed an indicator that shows there might be a problem with a drawdown but you have to prepare for both scenarios—going down or up.

How his idea developed into the system

Igi trades the S&P 500 because he needs a broad index. The S&P 500 is easy to get out of because buyers or sellers will always take the other side of the order and you won’t get stuck with it.

Igi also took all of the data on the S&P 500 from 1925 to today. In the long run, there is a trend to the upside. Of course, there are always some interruptions to the trend but most of the time there is a move to the upside. Igi wanted to profit from that while staying out of trouble. So he sells options right below the current price. He sells insurance for events that don’t happen often (and buys reinsurance). He collects a premium when he places the trade and tries to keep it until the trade expires (unless he crosses his knockout level where the risk is too high).

Most of the time there’s an uptrend. Trending down or sideways won’t hurt his trade unless it’s a large move to the downside (30% or more, like what happened in 2020). Igi looks at his trades all the time and definitely left his trade in early 2020 because of COVID. Generally speaking, the longer the trade is running he has a loss in time value and the probability of keeping his trade is much higher. When prices for options go lower he’ll buy protections for his running trade.

How did Igi Schalajda develop an idea into a trading system? Learn about his process in this episode of How To Trade It! #stocks #stock #trading #StockMarket #Investing #DayTrading #StockPicks #options #schwalbe Click To Tweet

Igi doesn’t use indicators or technical analysis to choose what trades to enter. He simply starts a new trade the Monday after the 3rd Friday or the Monday 14 days after the 3rd Friday (when his options expire). There is likely a bigger movement on those days. He usually has six trades running at the same time and as one expires he begins a new one.

If he has a loser, it’s never as much as a normal winner. But if he does have a loser—and he’s only trading quarterly—he has to wait half a year before he gets above zero. That’s why he switched from quarterly trading to monthly and eventually started trading twice a month. It’s risk diversification.

What Igi does to minimize risk in his trades

Igi sells an option at the beginning that’s a simple vertical. He reduces the risk by buying back part of the vertical on the lower side until he gets above zero. Then he has no risk at the end of the trade. He places it 2–4 weeks before expiration for each trade. The price decays and he makes more money toward the end of the trade.

He only looks at the end-of-day signals. Secondly, by reducing risks immediately at the beginning, 50% of the time he simply waits for the trades to play out. You use the signals and define the level at the beginning. So that allows him to live his life however he sees fit—which usually means he’s somewhere playing his vibraphone.

What does Igi Schalajda do to minimize risk in his trades? Learn more in this episode of How To Trade It! #stocks #stock #trading #StockMarket #Investing #DayTrading #StockPicks #options #schwalbe Click To Tweet