From Italian Covered Warrants to Day Trading US Stocks, Futures, and Crypto with Joseph Gasperoni, Ep # 121 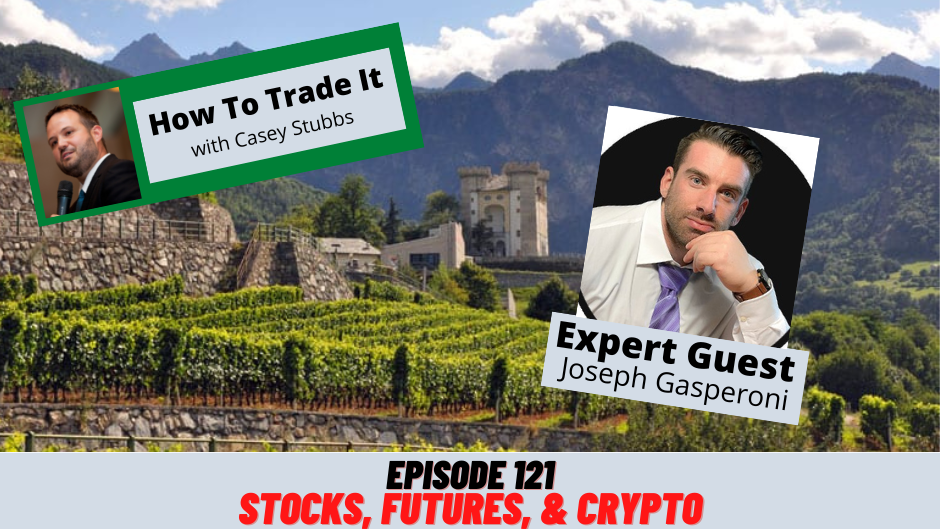 Joseph Gasperoni, or “Jtrader,” is a mentor and leader of a newly established team of traders. He first began his journey in 1999, by trading in the Italian and European stock markets. He was very successful, but wanted to expand his knowledge, so he decided to learn to trade options, futures, and American stocks. From 2004-2015,  he was able to achieve a 70% win rate per year. With so much success, Joseph eventually found himself online with like-minded individuals. While accommodating himself, and expanding his social network, he received a tremendous amount of feedback on his trading techniques. The kind words, and the emails of those wanting his assistance to advance their own careers, finally became his inspiration to create a trading education business. Joseph is the founder of JTrader.co, and in his small cap room, he provides knowledge and skills to his members, in order to help them obtain the same success he has had with the market. In this episode of How To Trade It, Joseph shares his success and his struggles with anxiety and depression. You don’t want to miss it! It took nearly a year for @Jtraderco (Joseph Gasperoni) to find his niche trading futures and US stocks. Listen to this episode of How To Trade It to hear more! #DayTrading #Futures #Stocks #Crypto #JTrader Click To Tweet

One year of trading

Joseph was young when he first heard about the stock market from a wealthy family member who lived in the USA.  Toward the end of high school, Joseph made the decision to give trading a try for one year, and if it didn’t work out, he’d go to University to study banking.  After graduation, he spent the summer working and saving money, and by fall was able to open a broker account to start trading covered warrants.  In just 40 days, he lost everything he had. Instead of getting upset, he focused all of his energy into studying and learning how to trade well. With discipline and a lot of hard work, he was consistently bringing in small wins within the year. His goal was to make money and be successful.  Ultimately, what he wanted was to make his parents proud.

The day that changed his life!

He’s not sure if it was luck, skill, or sheer determination, but Joseph was making money hand over fist! He was finding success at every turn. He was working out of a small “office” under the stairs in his parents’ home, with only two monitors, when he made almost 6 figures IN ONE DAY! That’s life-changing money right there.  But better than the money, was the look of pride that he saw when he looked into his parents’ eyes. Joseph says it was one of the best moments of this life.

Joseph had grown accustomed to bringing in 5-10K/day with his trades. Sometime around 2002-2003, when the Italian banks realized they were losing money, the markets changed, and Joseph found himself unable to trade covered warrants anymore.  Basically, he had to find something else to trade and completely start the educational process over again. Thankfully, Joseph was up for the challenge.  He put his head down, worked hard, and began bringing in 50-100 Euros/day by trading futures, which he knew nothing about, in the UK, German, and Italian indexes.  It was very different from what he had been doing, but he found a way to make it work.  It took nearly a year for Joseph to find his niche trading futures and US stocks.